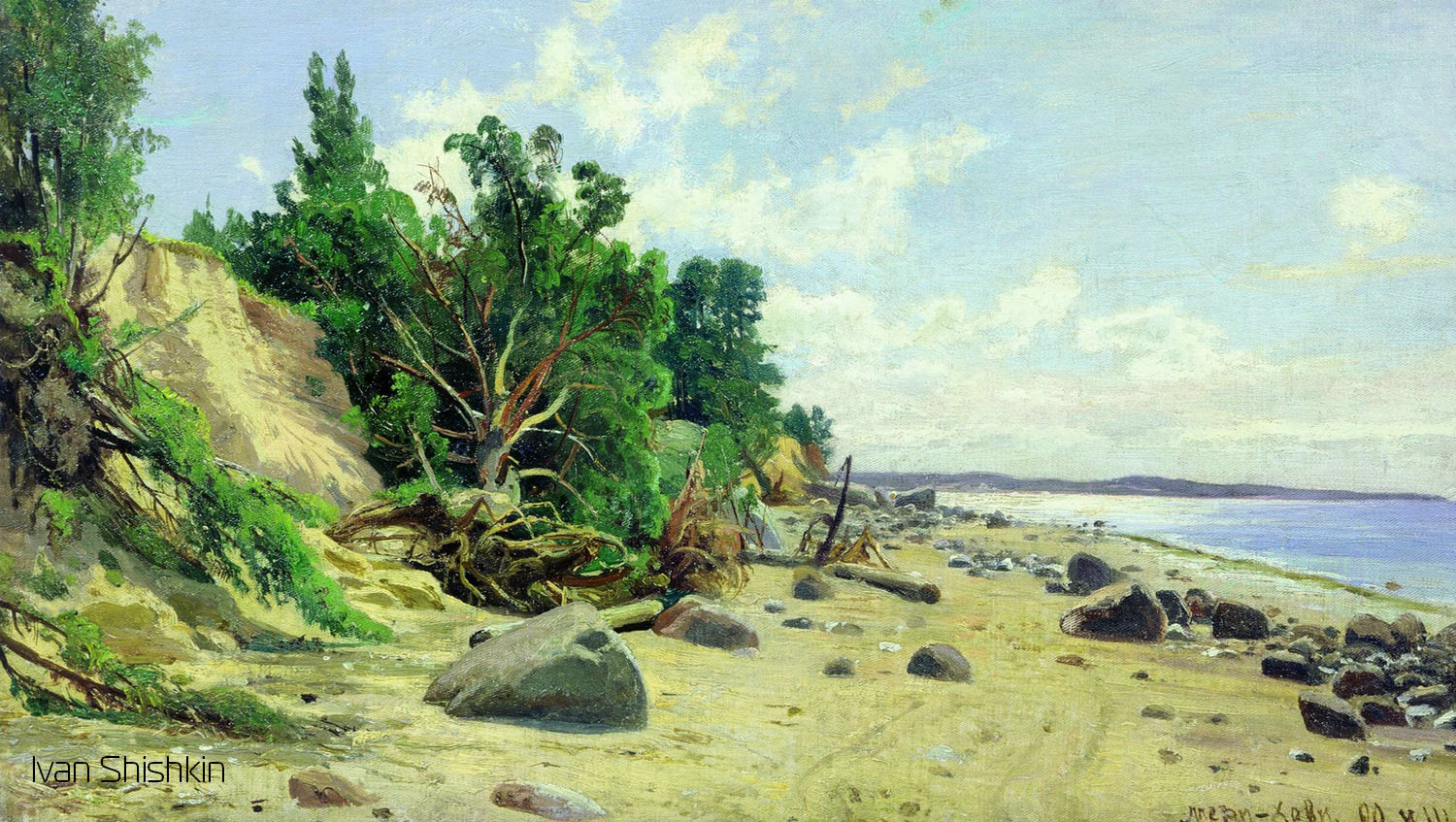 The sea has long attracted people. As a mysterious beauty, it knows how to keep secrets, be calm or carry destruction. It is not surprising that to this day, artists in their works try to betray all the splendor of the sea element.

.
Paintings depicting the sea are commonly called marinas. This word came from the Latin marinus, which is translated as “marine.” For the first time, paintings began to be called such an elegant name in Italy, and the direction itself began in the seventeenth century in Holland. It is this country that is considered the birthplace of the genre of marine painting. If earlier the surrounding world acted as a background on which people were depicted, now all the splendor of the sea element was put at the forefront, and people and other objects received a secondary role.
(In the photo: landscape of the 17th century of the Dutchman William van de Velde, and a fragment of the painting by Adam Villarts, which is now stored in the St. Petersburg Hermitage).
It was fashionable for the Dutch marinists of this period to depict a storm, a stormy wave in the foreground, into which, like a ship with fluttering sails slips off a cliff. Sometimes the images were supplemented by a sea monster.
The sea depicted the drawing both in antiquity and in the Middle Ages, but only as an addition to the main plot, and the paintings were not realistic. The most ancient work that can be attributed to marine painting is considered to be the image of a seaport, dated from about seventy-ninth AD.
. 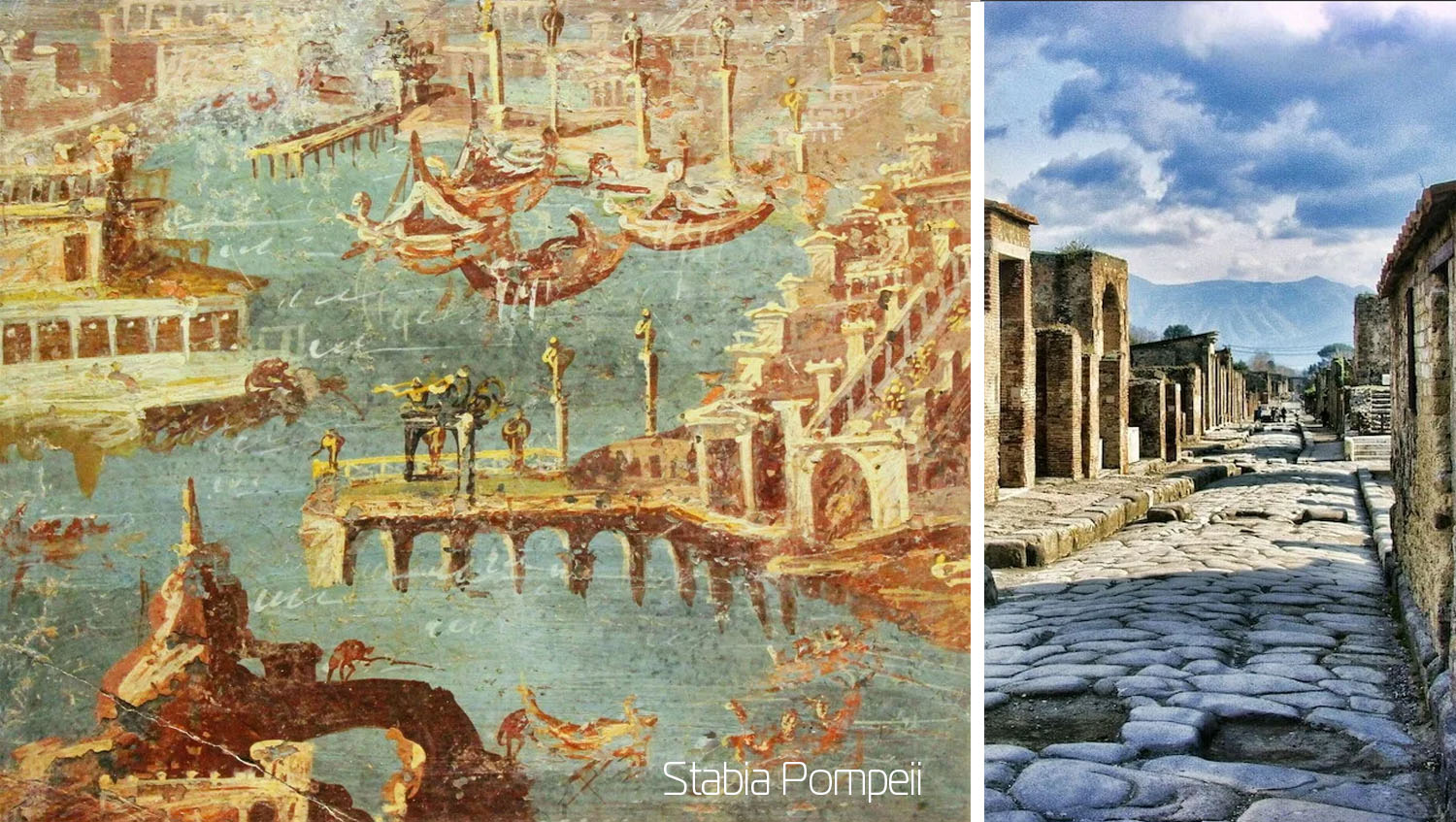 .
This fresco (see photo) was found in the house of the nobleman, who lived in the city of Stabia, destroyed by the eruption of Vesuvius, in Pompey.
With the development of the fleet in the Netherlands, the topic of the sea began to pay more and more attention, the paintings depicted military battles, majestic ships – the pride of the Dutch fleet.
In Italy and Holland, marinas enjoyed great success. After all, they depicted the life of local residents, whose life was very closely connected with the sea. Be it a fishing boat, sunset or battle. Later, the fashion for marine painting spread throughout Europe, artists began to depict the sea in all its smallest details, romance, symbolists, expressionists – everyone found their niche in this direction.
Everyone wanted to buy a painting of the seascape, from the owner of a trading shop to a noble person. Thanks to this demand, many talented artists appeared, who later became world famous masters of painting, and their work is stored in major world museums. 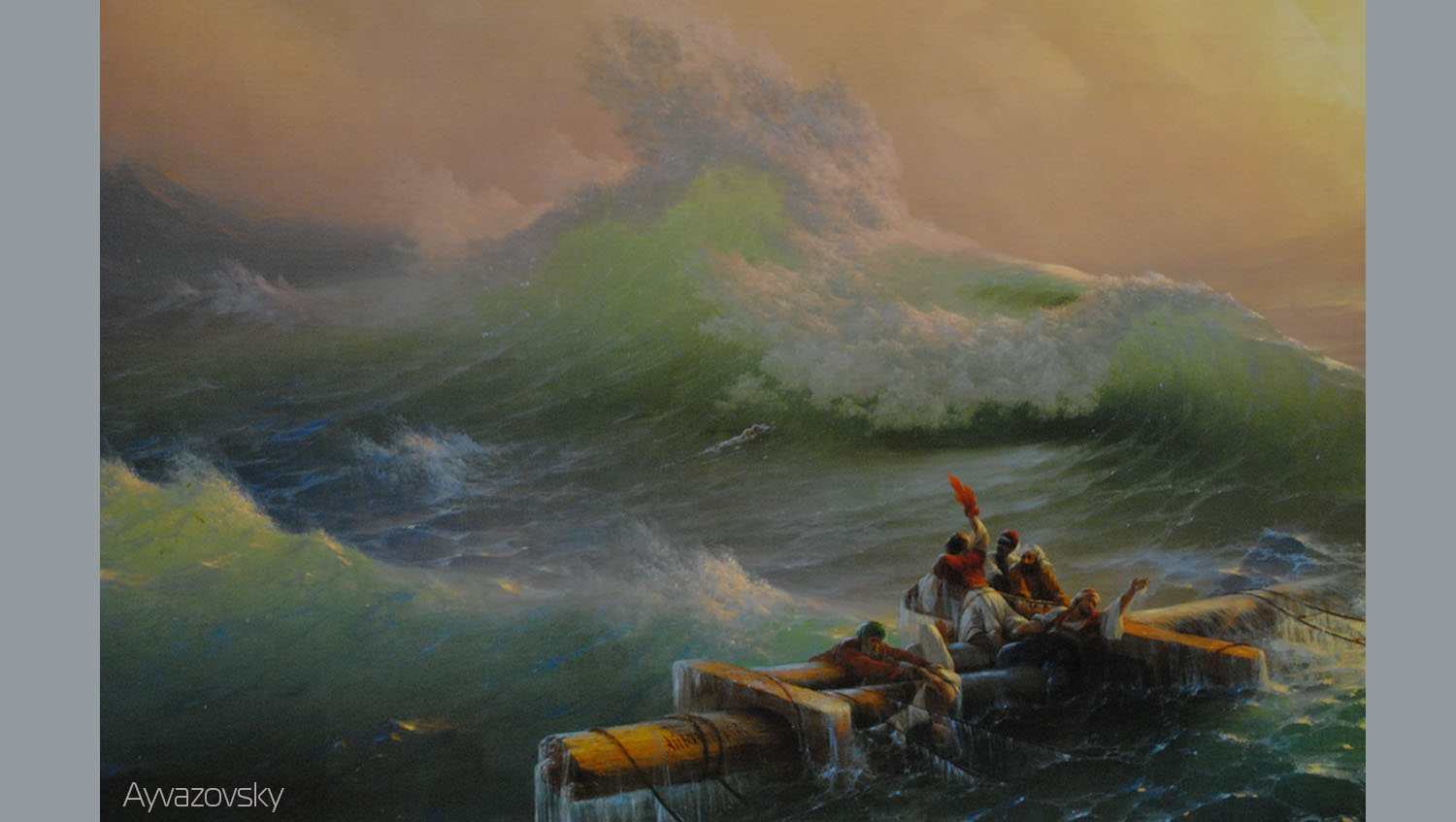 Jan Porsellis is considered one of the founders of the direction of this type of painting. He did what no one did before him – the sea became not a simple background, but a place where the event unfolds. He most often depicted warships of his time with great love and in the smallest detail.

Cornelis Vrom worked in the Netherlands, his work fell on the golden era of the formation of the genre. His works also trace the love of military naval battles. Another master marinist, Frenchman Claude Lorren. He worked in Italy. His canvases, most often pacified, depict the sea and ancient structures.

A follower of Lorrain, Claude-Joseph Vernet created famous paintings of seascapes, or rather a series of fifteen works dedicated to the ports of his native France, which brought him fame.
The eighteenth-century Franco-English naval battles served as a source of inspiration for many masters, one of them was the English artist Nicholas Pocock, who, like his father, served as captain of a merchant ship. He carefully studied the strategy of conducting naval battles and transmitted his observations to the canvas.

At the beginning of the nineteenth century, marinas became popular among artists of the romantic direction of painting. The elements of the sea, like nothing else, helped to convey to the masters a storm of emotions or the calm and pacification of the human soul. The English artist William Turner during his sea voyages studied the movement of the sea and sea air and created amazing works, with his work he paved the way to the sea landscape for the Impressionists. Buying a painting of the seascape was considered prestigious not only among the military, but also high-ranking nobles.

Russian romantic artist Ivan Aivazovsky is considered one of the most famous marinist artists. He created more than six thousand seascapes and became a mentor for such great Russian artists as Archip Kuindzhi, Lev Lagorio, Alexey Savrasov. Seascapes paintings of these Russian artists have been recognized throughout the world.

Painting depicting the seascape in the interior

Before you buy a painting of the seascape, you should understand which room the work is purchased for. 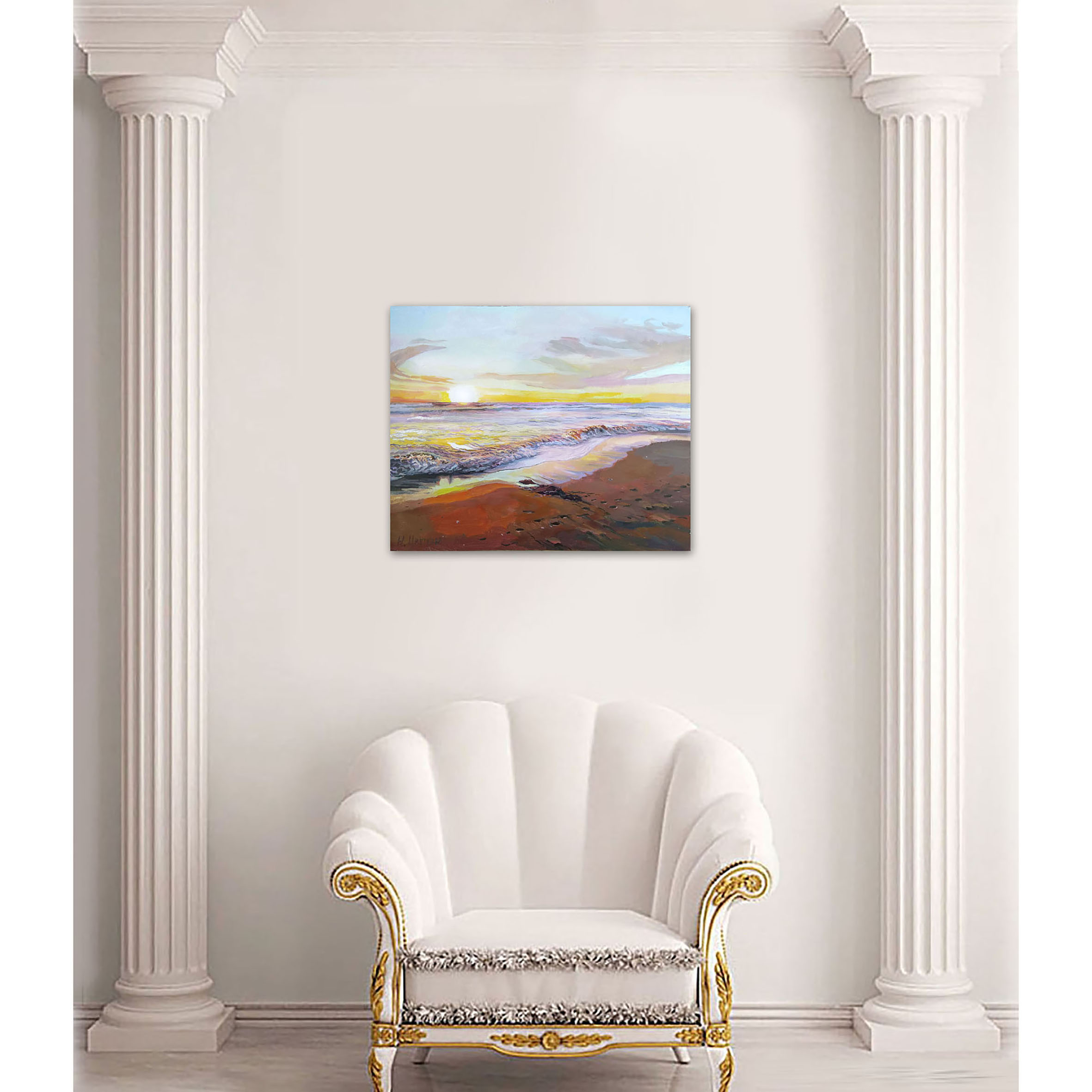 For the bedroom, it is best to choose calm, peaceful work. After all, this is the place where you rest, gain strength. Here you can arrange a sunset on the sea drawing or a magnificent picture. An example of such work is “Ocean. Sunset. ” It will fit perfectly in any, even the most minimalistic interior.
For the interior of the living room you can choose to work in calm tones with the image of a marina, a fishing boat. Often large rooms are decorated with triptychs, which depict a series of paintings related to one theme.
In your office, you can hang a picture with the image of a majestic ship that goes to its goal, it will help you believe in yourself and set up for work.
It is believed that if the entrance hall hangs a picture depicting the raging sea, but in light colors, it will help disperse the stagnant energy of the room. 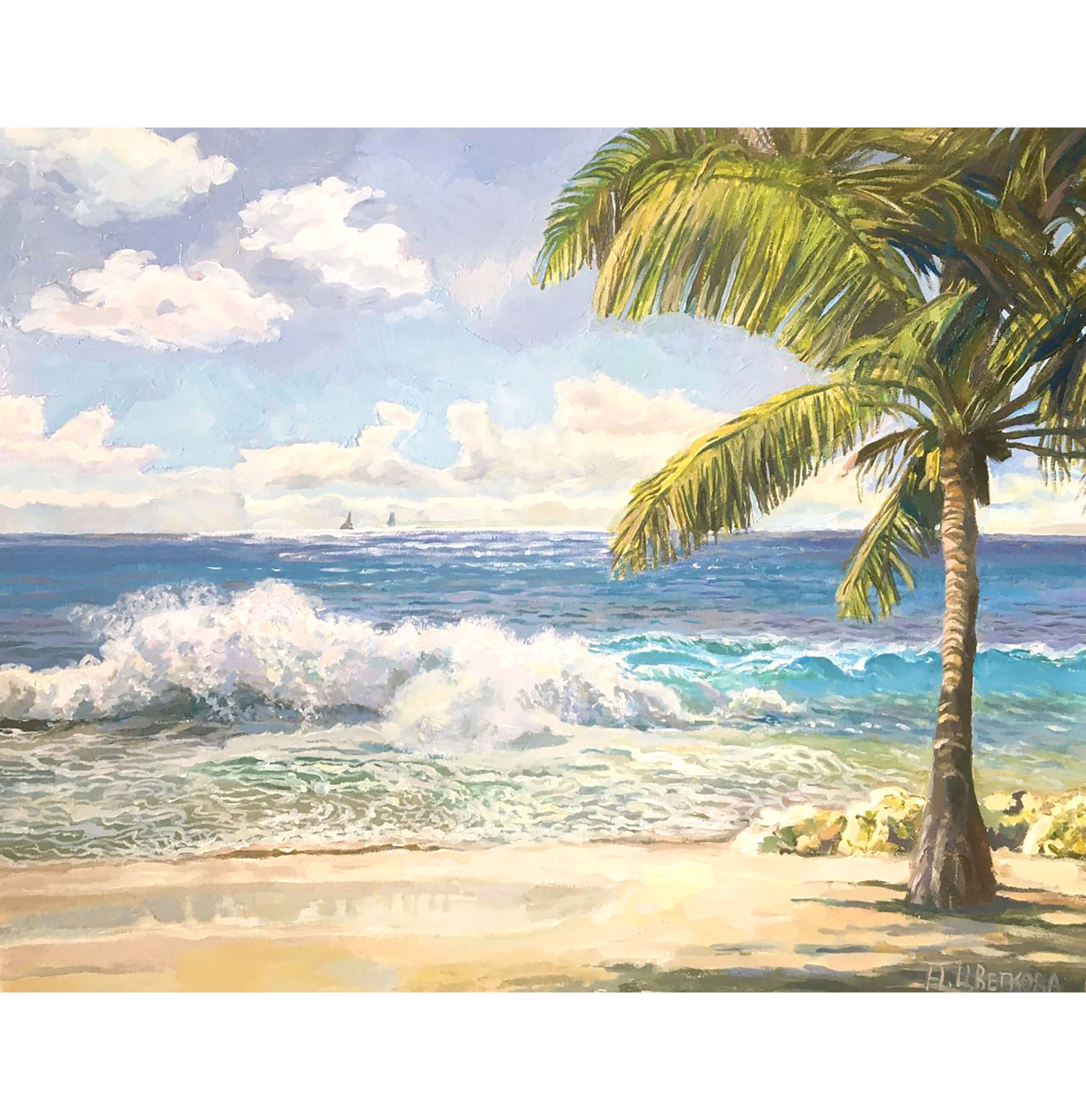 For a kitchen or dining area seascape can be bought overlooking a cozy coastal cafe, a beach that washes a blue foam wave. For example, like the painting “Sea. Relax “
The oil painting of the seascape not only adorns the interior, but also speaks of the subtle feeling of its beautiful owner.